They’re teaming up for an autonomous system to debut in under 5 years.

Mercedes parent Daimler has put aside its own project to develop a self-driving car and will now collaborate with automotive supplier Bosch. The two companies plan to deliver fully autonomous “level 5” tech by the “beginning of the next decade,” with a focus on city driving and autonomous car-sharing. “It will allow people to make the best possible use of their time in the vehicle and open up new mobility opportunities for people without a driver’s licenses,” Daimler said in a press release. 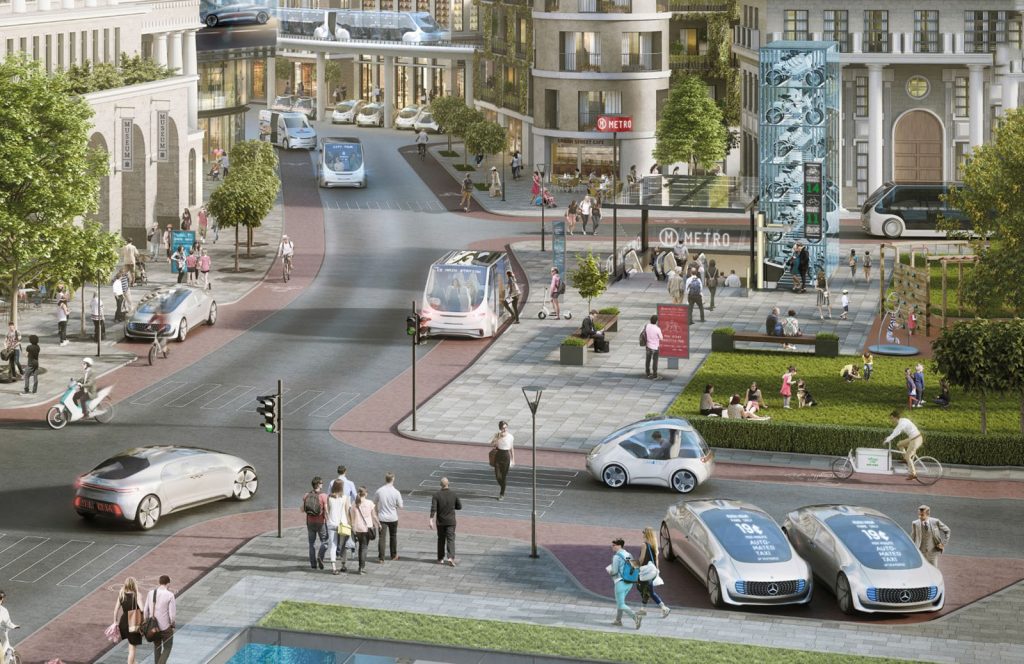 The company depicts the future in a fanciful image (above) with self-driving buses, a bicycle tower and its own crazy F015 self-driving car concept. Another one shows how you’ll call a vehicle via an Uber-style app, then be picked up and delivered to your destination without even seeing a human being (“my dream — fast transport without having to talk to people,” says my colleague).

Despite already being a leader in self-driving tech, Daimler teamed with Bosch to keep its place in the fast-moving a autonomous vehicle game. It figures working with Bosch “should ensure the earliest possible series introduction of the secure technology.” The goal is as little as three years out, but it’s roughly the same timeframe promised by Ford, BMW, GM, Waymo and others.